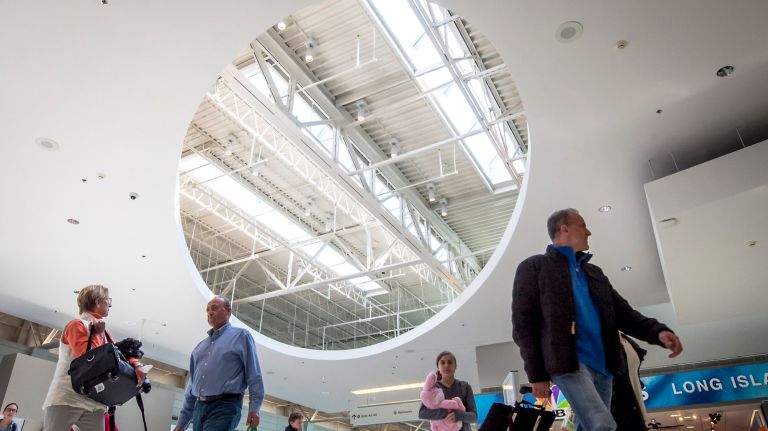 Islip, NY – February 6, 2019 – MacArthur Airport (ISP) is the fastest growing US domestic “hub” airport (as defined by the U.S. Department of Transportation) based on airline seats for 2018 (source: Innovata SRS Analyser). The number of seats airlines invested in the market grew from 1.70 million in 2017 to 2.17 million 2018, or 27.6% year-over-year. ISP’s airlines – American Airlines, Frontier Airlines, and Southwest Airlines – together provided more capacity in 2018 than the airport has seen in any year since 2010.

Factors contributing to this growth include American Airlines’ upgrading its Philadelphia service from 38-seat deHavilland Dash-8 turboprops to 50-seat Canadair Regional Jets; Southwest Airlines’ more frequent use of larger, Boeing 737-800 aircraft; and Frontier Airlines’ commencement and expansion of both year-round and seasonal service at this popular secondary airport.

The airport’s investment in its marketing campaign to attract customers and raise awareness about the products and services offered by the air carriers has created new demand to meet the carriers’ investments in seat growth. In 2018, 1,657,515 passengers used the airport compared to 1,311,614 passengers in 2017; a 26% increase. The campaign – “Stress Less. Pay Less.” capitalizes on the convenience of this local airport and the overall lower travel costs for passengers who choose to avoid the stress of New York City airports.

In addition to record growth, ISP has an aggressive development strategy, which is complemented by financial strength. ISP 2018 highlights include:

ISP is uniquely-positioned to benefit from dynamic changes in the aviation industry and, more specifically, to partner with new carriers who are identifying innovative airports with a high level of customer experience for investment opportunities. ISP will recruit new air carriers in 2019 and invest in the NY Metro market to raise awareness about ISP, while continuing to support customer development for existing and prospective airlines among Long Island residents. The airport is self-sufficient and uses no taxpayer dollars. To meet the demands of new carriers and improve the products and services offered to all airlines and passengers, the airport is proposing more than $125M in design and construction projects between now and 2022, with a goal for the airport to be debt-free at completion.