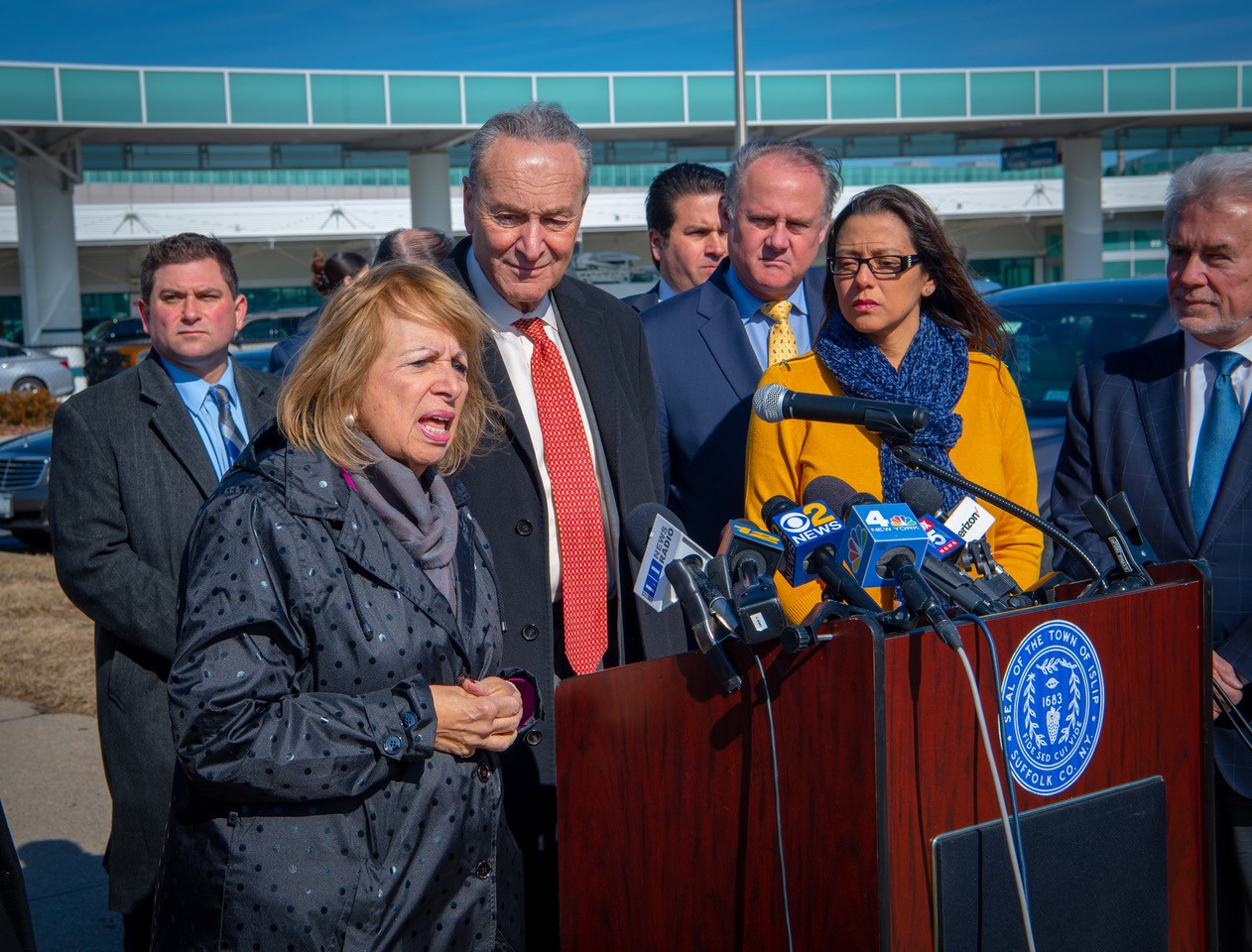 Federal, state and local leaders came together on February 21 to urge FAA support for Airport Improvement Project (AIP) grant funding at ISP. The grants are earmarked for airport infrastructure improvement. The FAA funding would be used for redevelopment of the west concourse, a facility for U.S. customs and border protection, and additional improvements.

Thank you to all the leaders turning out in support of funding from FAA for infrastructure and capital improvements at MacArthur Airport.

The project below is not part of our application to the FAA through the Omnibus Act of 2018, but the connection from the Ground Vehicle Transportation Center (GVTC) to the main terminal funding was just announced by Governor Cuomo as well.